Recent heavy flooding in Lincolnshire has meant equine charity, Bransby Horses, has had to cancel all of their Christmas events and activities this year.  But they are urgently appealing to people to carry on visiting the site.

At the moment, the charity is welcoming a fraction of the number of visitors they have done in past years, they assume this is because people think they are closed! However, despite the damage, the Visitor Centre, shop and café have been totally unaffected by the flooding and continue to trade as usual. In fact, the charity has an amazing selection of baubles and Christmas gifts that would normally be flying off the shelves.  The award-winning café continues to serve a selection of winter warmers and other tasty treats. 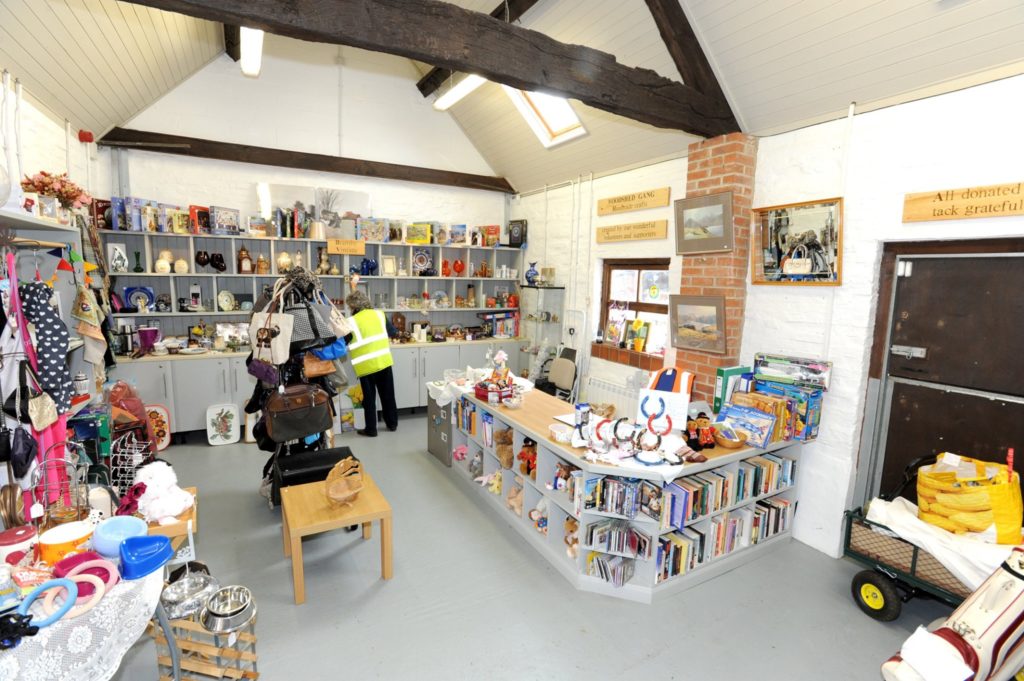 Visitor Engagement Manager Holly Hart said “It’s heart breaking to see the visitor centre so empty – normally at this time of year we busy selling our winter gifts and the café would be full of people, but with visitor numbers so low, we stand to lose even more money from the floods.”

Having planned and organised a schedule of family-friendly festive things to do and other popular events such as the Rug and Tack Sale, the charity has just revealed that these need to be removed from their plans, so teams can focus on dealing with the impact of the floods and our Engagement team can continue welcoming visitors to the site day-to-day.

With approximately 1,000 horses, ponies, donkeys and mules in the charity’s care (450 based on site and more than 500 in foster homes), the floods have already led to the urgent moving of 100 equines, to dry temporary areas. This is not a long term solution for the charity and the land that has been affected will be unusable for the foreseeable future, due to contamination.

Two weeks after the two valves were closed by The Environment Agency, saving thousands of homes in Lincolnshire from flooding, both valves have been opened, helping some of the charity’s fields be relieved of water temporarily. The effects of the flooding are still being felt by the charity, whose teams are still working hard to keep all equines safe and have drafted in additional help to try and cope with conditions.

With the situation unlikely to be sorted in the immediate future, the plan to move 100 equines to their Barlings site, in Langworth, has become more urgent than ever.

The charity will be giving refunds to those who have booked activities already but are still desperate for people to visit their site for a day out. Whilst some of the land has been severely affected, visitor areas are still open and support is still needed by the charity to continue their work through the winter.

“It is a shame that we have had to cancel our events and activities over the next few weeks, especially as our team have worked so hard organising them, but, we know this is the right decision. Our horses, ponies, donkeys, mules…and people, must always come first and knowing what everyone has been through and continues to go through, there is still a tough road ahead. Whilst we are all working hard and getting good support from the local community, we still have a long way to go.

Please do visit our website and social media channels to find out more about how to support our mission, so we can continue helping equines who have had a difficult and traumatic start in life. Please do also come and see us too! Our Gift Shop, café and some of our walkways are still open and the teams and animals would love to see visitors. Friendly faces coming in for the day help give us a morale lift during this challenging period. What we face is the worst conditions for many years but together, we can get through it and continue to be there for equines in need.”

The charity is planning to move some of their equines to their site in Barlings in the next four to six weeks, so the land at Bransby can be cleared up and has time to recover. Their timeline for moving animals and teams to the site in Langworth was originally the end of 2020, so the charity have been working hard to raise the money needed to have the right infrastructure in place at the site as soon as possible.

The charity has sent out a plea for donations of money, items, time and foster homes and have had a good response so far but the challenge is far from over. The charity will feel the effects of the flood for many months, possibly until the end of 2020.

More information on how to help Bransby Horses this winter, can be found at www.bransbyhorses.co.uk or by visiting their page on Facebook.

Have Your Say on Devolution for Lincolnshire

Businesses in Greater Lincolnshire are being asked for their views on devolution – the process which would transfer powers ...

It applies to plastic packaging manufactured in, or imported into UK, that does not contain at least 30% recycled plastic.

Join our ever-growing membership base

We really appreciate you taking the time to report this bug, we will look into it ASAP.